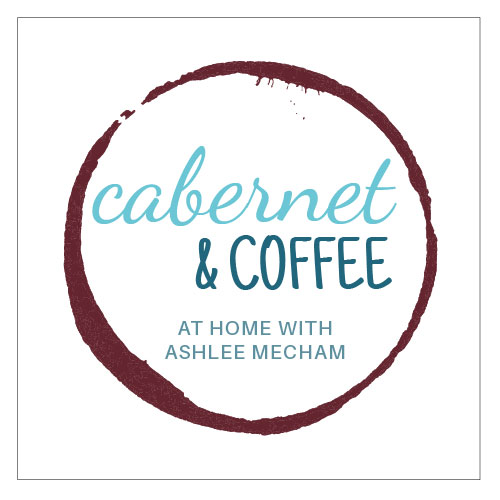 Musings of a Missed Miscarriage: My Story of Pregnancy Loss 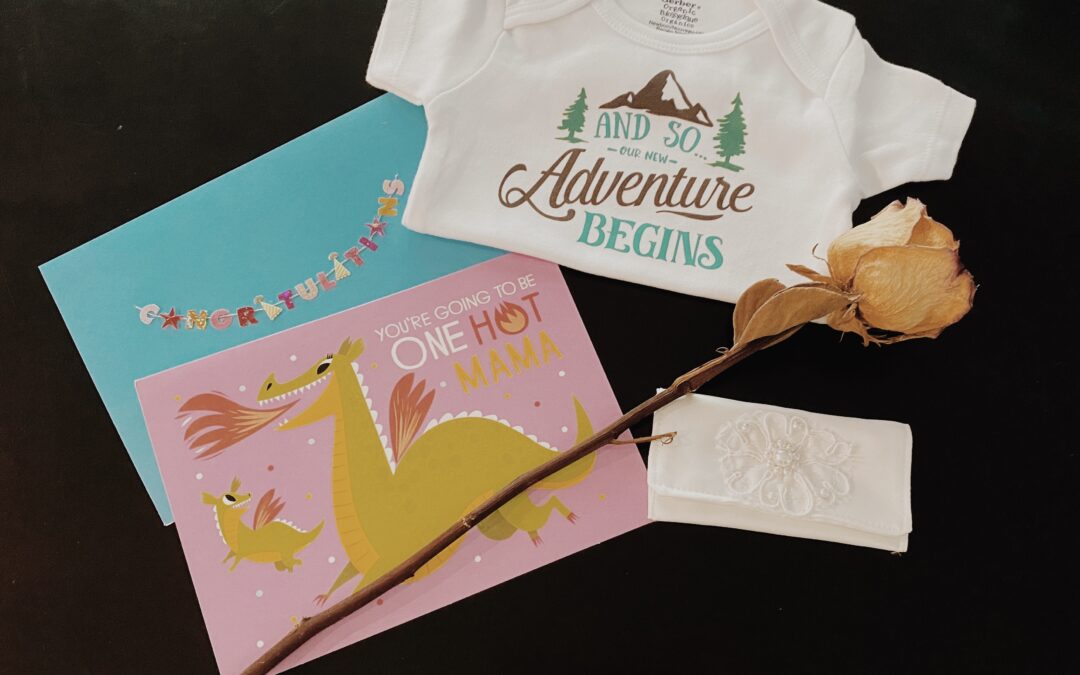 October is Pregnancy and Infant Loss Awareness Month. Along with that, it is also the month the baby we lost would have been born.

When we found out we were pregnant with our first baby we were ecstatic. We were planning so I knew the day I could test to see if we were successful. I had this big plan to surprise Damian with some dorky dad gift or something and I had an Open House planned that day so I figured it would be the perfect morning to sneak into the bathroom and take the test because you’re supposed to do it first thing in the morning, especially if you’re testing early. I woke up around 6AM (totally out of character for me) and snuck into the bathroom. When the two lines appeared on the test I was over the moon. I crawled back into bed and tried to act normal while I thought about what I could get to surprise Damian with while I was out and about that day, but he knew something was up, probably because I was acting ridiculous and he had never seen a world where I woke up at 6AM and stayed awake instead of falling back asleep for at least another hour or two. Finally I just blurted out, “We’re having a baby!” It was one of the most exciting moments for both of us, but within days I started to get so anxious. I knew the numbers; 1 in 4 pregnancies end in loss. I couldn’t get this lingering statistic out of my head, I thought about it all the time and I constantly told my husband and my family how nervous I was that something would go wrong. Everyone thought I was crazy, they told me I was pessimistic, that I was worrying about nothing. “Everything will be fine,” they said, “stop worrying all the time.” I couldn’t stop.

This is a small collection of the only things we have to remember our first baby by. We were never given any ultrasound photos, etc.

We told our immediate family and close friends and asked them to keep it a secret until we were able to have our first doctor’s appointment where we would see the ultrasound and hear the heartbeat for the first time, something my OB’s office doesn’t schedule until you’re 12 weeks. Our appointment was finally coming up and we were planning out how to announce our beautiful baby to the world when I started spotting. I instantly panicked. When I called the doctor’s office they told me unless it got worse it was nothing to worry about, but I knew something wasn’t right. I was able to convince the doctor to see me. Damian and I went in, him hopeful, me expecting them to tell me what I already knew. We went in and the doctor brought out the small ultrasound machine they keep in the clinic, she couldn’t see anything. She tried to explain that it’s normal early on to not see much, she said the ultrasound machine in the office was like a Ford Focus and the machines at the hospital were like Ferraris. She wanted to send me to the hospital for a better picture and warned me they may need to do an internal ultrasound to get a better picture. She also ordered a blood draw to check my HCG levels. The “Ferrari” ultrasound showed that I had a 5-6-week fetus with no heartbeat, but the size was under the limit that they consider concerning if there’s no heartbeat, so still the results were essentially inconclusive. They kept telling me, “Maybe you’re just not as far along as you think.” Since I hadn’t been seen yet, there was nothing to compare any of the results to at first. All of this confirmed to me that we had lost this baby, it was glaringly obvious, but medically, all they could say was that they weren’t sure yet. Damian kept holding onto hope that we just weren’t as far into it as we thought, which made my grief even worse. How could he think it was going to be OK? He was there when I took the test, the math did not add up for me to only be 5-6 weeks along. We had to wait three days for another blood draw to confirm that my HCG levels were declining, we had lost our baby.

The doctor gave us three options: wait and let my body do its thing, take a pill to force my body to reject the pregnancy, or schedule a procedure called a dilate and curettage. I had determined my body was not going to, “do its thing,” given I had clearly been carrying around a dead baby for 5-6 weeks and I had no clue and even since the signs of miscarriage had started 5 days ago, there hadn’t been much progression and forcing my body to reject everything sounded traumatizing so I opted for the procedure. It was the first time I had ever been admitted to a hospital, ever had an IV placed, ever been into an operating room, it was a lot, but one week after I had called the doctor in a panic, I had my DNC.

That’s the story of my first pregnancy. The story of my first child. People will tell you all sorts of well-meaning, but awful things when you lose a baby. They’ll tell you it means your child was going to have a deformity, that it’s good news because at least you know you can get pregnant, they’ll say, “At least it happened early,” as if you hadn’t already imagined what this child would look like, sound like, what their dreams and aspirations would be. One person told me it was a sign I wasn’t ready yet. What a slap in the face. I was 28 years old, I had been with my husband for 11 years, married for 8 years; we had waited to have a baby until we both finished college, established careers and bought a home. Trust me, I. Was. Ready. Or was it my body they’re referring to that wasn’t ready? Like, somehow, I hadn’t developed enough to carry a child full term? Do people think 25% of women have bodies that are just, “not ready” to have kids? Is it supposed to make me feel better that it was my body that couldn’t handle a pregnancy and killed my child? Trust me, if you’ve lost a child you have 100% considered the possibility that you did something wrong to cause this horrible event. Telling someone their body wasn’t capable is not helpful and it’s not true. If you’re reading this and you’ve lost a child, it wasn’t your fault and you didn’t do anything wrong to cause the loss.

In a really morbid way, I’m jealous of people who made it farther along than I did, because at least they have something. I have no ultrasound photos, I never heard the heartbeat, I don’t know if they were a male or a female. I have a pregnancy test, a onesie I bought for our pregnancy announcement that I didn’t even take out of the package for over a year and a pile of cards, some congratulating me and some telling me how sorry they are for my loss.

I’m so thankful more people have become open about pregnancy loss because when it happened to me, I remembered people who had shared their stories and I reached out to them for help. Because of that, I have shared my story in hopes that when it happens to someone else, they know they can come to me and talk about it. The other day I asked Damian if we could name the baby because I’m so tired of saying, “When I was pregnant with the baby we lost.” So much is unknown, but that baby was real and I imagine what his or her life would be like now.

Having a successful pregnancy after loss complicates things even more, because without the loss we experienced, Iris wouldn’t be here, and Iris brings so much light into our lives. She is one of the most amazing things that has ever happened to me and being her mom is the best part of my day, every day, but that doesn’t mean I don’t think about our first baby all the time. There are so many more things I could say about our loss and maybe at some point I will, but please know if this happens to you, you’re not alone and there are people who have gone before you who can talk to, myself included. 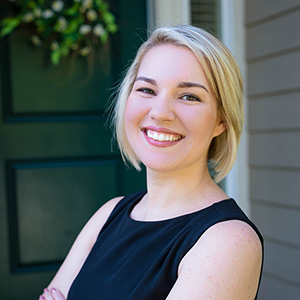 I live in the Willamette Valley with my husband, Damian, and our two dogs, Maddox and Korben. I’m a Real Estate Agent with a love of all things home, design, DIY and, as you might have guessed, wine and coffee.